A number of global incidents have occurred when best practice methods have not been used to secure cargoes. These have resulted in injuries and the loss of cargo overboard. Any lashing practice must be able to overcome the transverse forces generated by the ship's rolling movement. If the cargo is poorly lashed and the cargo moves during the voyage, it can cause a ship to lose stability. At present, the most common practice for securing timber deck cargoes to a ship is top-over lashing.

Top-over lashing is a frictional lashing practice that applies vertical pressure that increases the friction force between the outer stows of deck cargo and the ship’s deck or hatch-cover. Top-over lashing as the sole securing practice for timber deck cargoes is sufficient only when the friction is very large or the expected transverse acceleration is very small. This practice is not recommended other than for vessels trading in restricted sea areas, inland or sheltered waterways.

Engineering analysis shows that loop lashing is superior to top-over lashing for security and safety when transporting timber deck cargoes throughout a sea voyage.

MNZ recommends loop lashing as the safest and most secure practice for ships carrying timber deck cargoes throughout a voyage. Loop lashings are passed over the top-of-stow in opposing pairs to provide horizontal elements that best prevent the timber deck cargoes racking when considering all conditions at sea.

The ‘loop’ is then completed by rigging a second lashing in the opposing direction, so that the two lashings form one structure.

There are three practices of loop lashing that can be used to secure timber deck cargoes. These are: 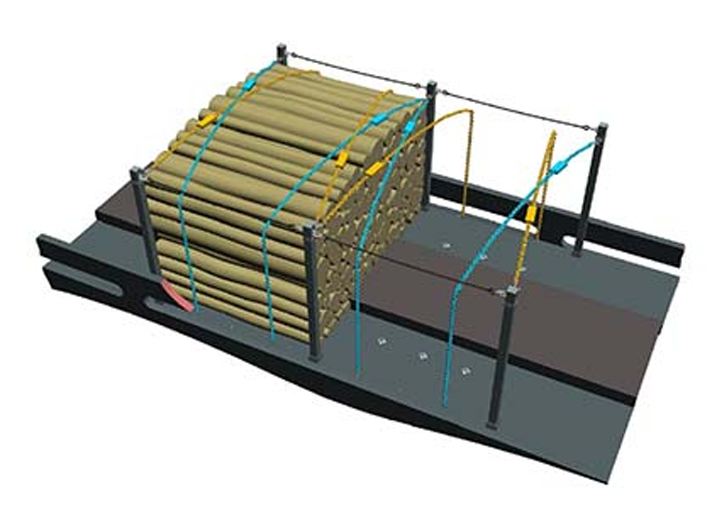 This is the fastest securing practice. Less securing material and time is involved to secure the timber deck cargoes than with traditional chain and wiggle wire top-over lashing. 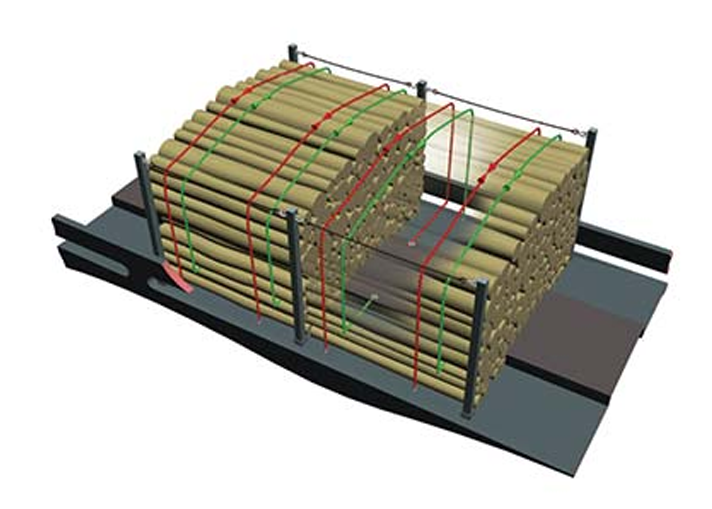 this version requires hog lashing to be placed in addition and separately to the opposing pairs of loop lashing. 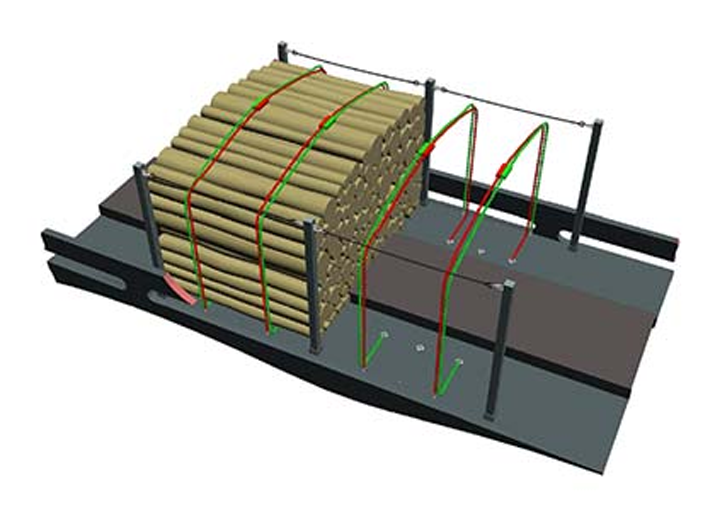 This version is fixed in a similar manner to hatch-cover fixed.

Part 2 The Tie Down

Get an email notification when a safety update is available online.

If you have any questions about this safety update, please contact our Wellington office.

enquiries@maritimenz.govt.nz
Tell us what you need help with and remember to include your contact details (email address and phone numbers).