Ports of Auckland and ship’s master fined $432,400 for excessive speed

Ports of Auckland Limited (POAL) and one of its ship’s masters have been fined a total of $432,400 after they admitted exposing people to risk of death or serious injury because pilot boats travelled at excessive speed in the Waitemata Harbour over a period of time involving thousands of voyages.

Maritime NZ Director, Keith Manch, said POAL has also agreed to pay $220,000 to the family of a swimmer, Leslie Gelberger, who died after being struck by POAL pilot boat, Wakatere. The incident happened on 20 April 2017, when Mr Gelberger was swimming about 270 metres from shore at the south end of Cheltenham Beach. 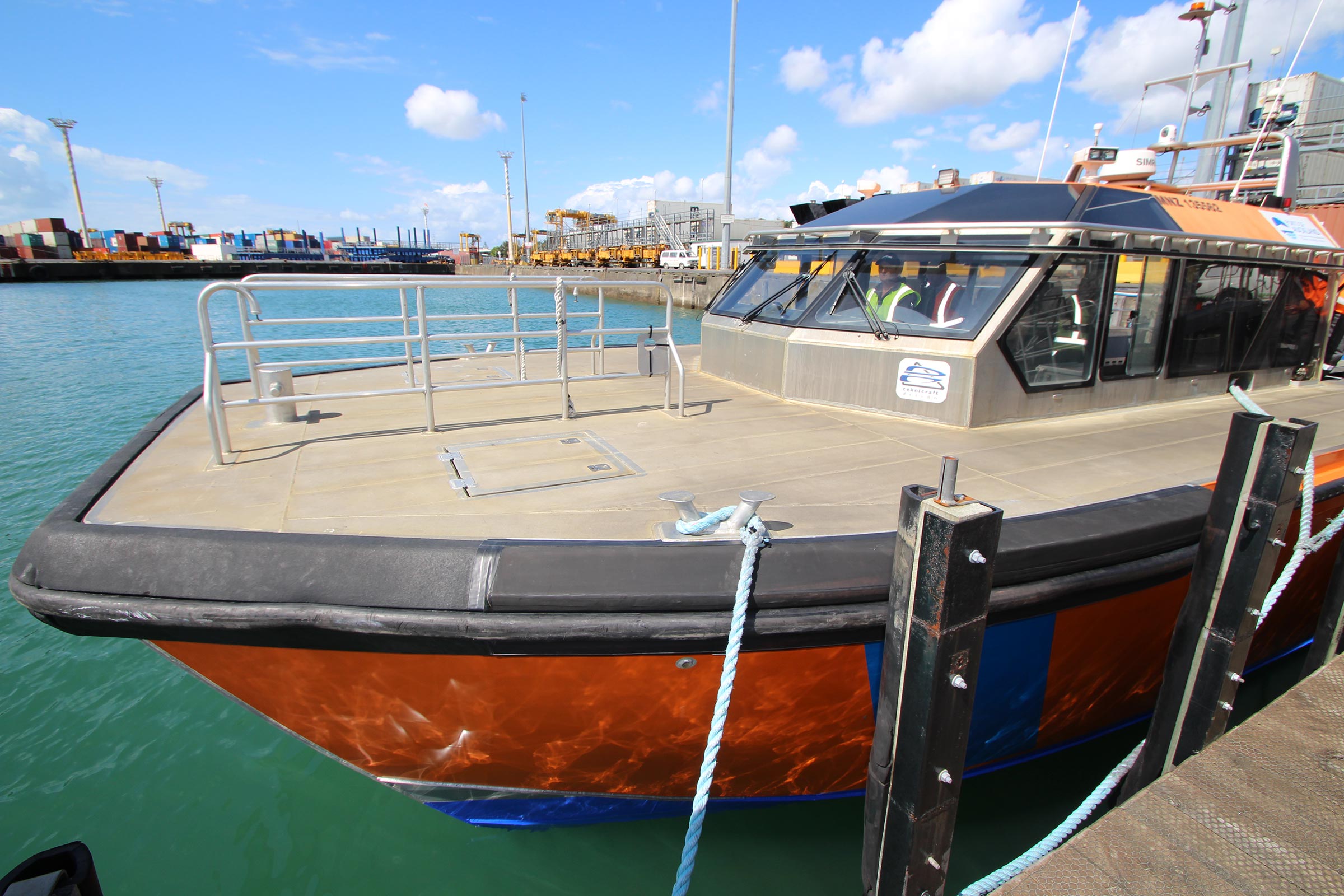 POAL and the master of the pilot boat, Grant More, were sentenced in the Auckland District Court today having previously pleaded guilty to one charge each under the Health and Safety at Work Act (section 48, failure to comply with a duty that exposes an individual to a risk of serious injury, serious illness or death).

POAL admitted its pilot boats exceeded speed limits on between 3,465 and 4,257 journeys from 20 April 2017 to 31 January 2018. This is approximately 99 percent of the journeys made by POAL pilot boats.

Mr More admitted exceeding the speed limits on one voyage on 20 April 2017.

“Speeding increases the risk of collision, injury and death.

“Responsibility is on both employers and workers – here that is the Ports of Auckland and the master of one of its pilot boats.

“Ports of Auckland had inadequate systems to ensure its vessels did not break speed limits, and they did more than 4,200 times in nine months.

“On the day, the Master of the pilot boat chose to travel at excessive speeds, well over the speed limits.

“If rules are broken, and people are put at risk, Maritime NZ will take action.”

Three rules govern the speed of all vessels in the Waitemata Harbour:

5 knot rule: The national Maritime Rules, which apply throughout the country, set a speed limit of 5 knots within 200 metres of shore.

12 knot rule: The Auckland Harbourmaster has imposed a 12 knot speed limit across most of the Waitemata Harbour between the Harbour Bridge and North Head – the “Waitemata Restricted Zone”.

Safe speed rule: The national Maritime Rules require all vessels to travel at safe speed for the circumstances and conditions irrespective of what, if any, speed limit applies in that area.

The purpose of the rules is to prevent collisions and protect the safety of people in the water and on vessels.

Summary of the incident

Maritime NZ’s investigation found Wakatere left POAL’s Auckland base at 10.45am on 20 April 2017 to pick up a surveyor from a ship. It was its first voyage in 10 days following maintenance in dry dock. Mr More and one crew member were on board.

Wakatere exceeded the 5 knot and 12 knot speed restrictions, passing through the 5 knot zone within 200 metres of shore around North Head at about 36 knots (more than 65 kmph).

About 10 seconds after leaving the 200 metre zone at the south end of Cheltenham Beach, at about 10.50am, the crew heard a bang, which they believed was a mechanical fault.

Instead, Wakatere, while travelling at 35 knots (65kmph), had struck and killed Mr Gelberger. He had been swimming alone and no one else was injured in the incident.

At that time, Wakatere was outside the 200 metre zone and was not subject to either the 5 or 12 knot speed limits. The crew slowed Wakatere, turned it around and retraced its track checking for oil or anything else in the water. Neither of the crew saw Mr Gelberger before or after the collision.

Police began investigating the incident on 20 April 2017 when Mr Gelberger was reported overdue from his swim.

On 21 April 2017 POAL notified Maritime NZ that Wakatere might have been involved in the incident.

Maritime NZ’s investigation identified the pattern of excessive speed over many months and thousands of journeys. 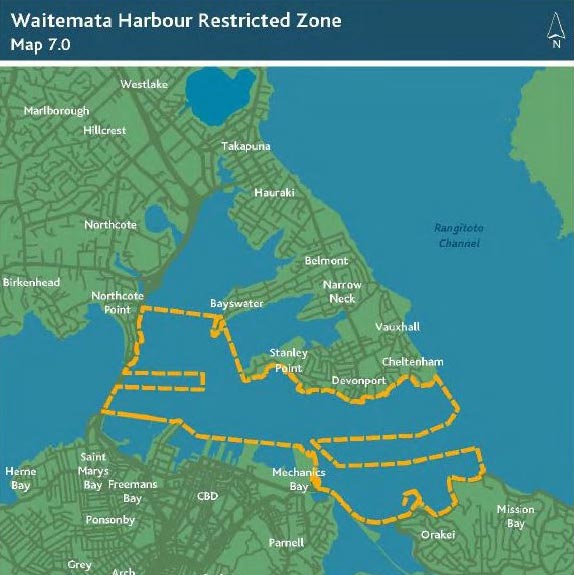 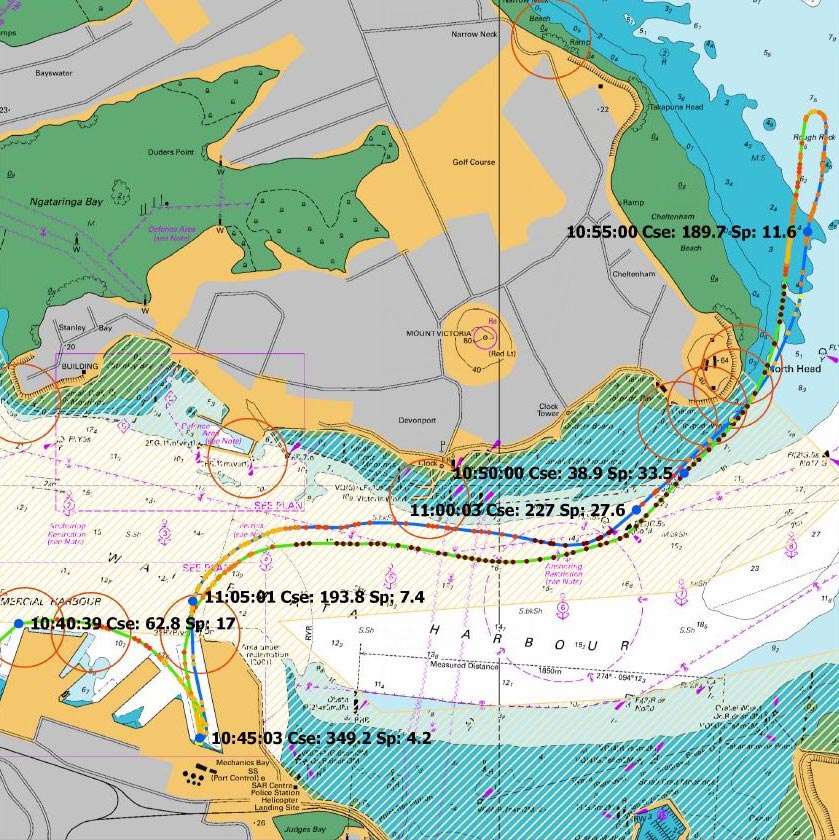