When the two climbers, who were stuck on a small ledge and unprepared for a night in the open, activated their distress beacon at 11pm, RCCNZ tasked the Aoraki Mount Cook Alpine Rescue Team and the Otago Rescue Helicopter to respond.

A significant weather front was imminent with gale force winds, and rain and snow expected at high elevation. The climbers were situated between Fitzgerald Pass and Copland Pass at an altitude of 2060m (8000ft).

With the aid of night vision goggles, the Otago Rescue Helicopter located the climbers at 1am. With severe turbulence making a winch rescue impossible, two members of the rescue team were flown to the same snow ledge where they could be safely offloaded. The helicopter then returned to Aoraki Mount Cook to collect more members of the team, who were flown to the nearby snow ledge to attempt a ground-based rescue.

From there, the rescue team began climbing in the dark across the steep 30-degree snow slopes, establishing anchors and fixed ropes as they went. After climbing the final slope, which was at more than a 40-degree angle, one of the team put the two climbers into harnesses. They were then moved using the fixed ropes back to Copland Shelter.

Shortly after 6am, with the weather closing in fast, the Otago Rescue Helicopter made two return trips to retrieve the climbers. Upon arrival back at Mount Cook village, the climbers were assessed by the St John Intensive Care Flight Paramedic. One of the climbers was taken to hospital for further medical treatment and made a full recovery.

RCCNZ Search and Rescue Officer Samantha Mildon said the teams did a great job in some extremely tricky conditions.

“The Department of Conservation Aoraki Mount Cook Alpine Rescue Team and the Otago Rescue Helicopter crew were dealing with some tough conditions including deteriorating weather, increasing winds and very steep terrain – with much of the operation completed in darkness.

“This incident was a great example of organisations working together under challenging circumstances to save lives.”

Department of Conservation Aoraki Mount Cook Alpine Rescue Team member Jim Young said it was likely the two climbers would not have survived another night at such high altitudes, especially with the incoming storm expected to last several days.

“They were unprepared for the steep terrain and the challenging conditions and were suffering from mild hypothermia – they definitely made the right call to activate their beacon when they did.”

“There’s no doubt this was definitely one of the more challenging rescue operations I’ve been involved in. Alpine cliff rescue teams around the country do some pretty incredible things putting themselves in this type of terrain to get people to safety.

“The teamwork, professionalism and skill shown by this team, coupled with Captain Laing’s flying abilities in the turbulent conditions, definitely saved these two climbers lives that night.”

Held each year, the New Zealand Search and Rescue Awards are a chance for emergency services to recognise those that make a significant contribution to the sector.

On the night (Tuesday, May 18), two Gold Awards and seven Certificates of Achievement were presented by Hon Michael Wood, Minister of Transport. RCCNZ was also jointly awarded another Certificate of Achievement for their role in the recovery of the Ocean Gem yacht in the Marlborough Sounds in 2020. The awards acknowledge the immense efforts of agencies and individuals who in the past year have played a vital role in rescuing people across New Zealand. 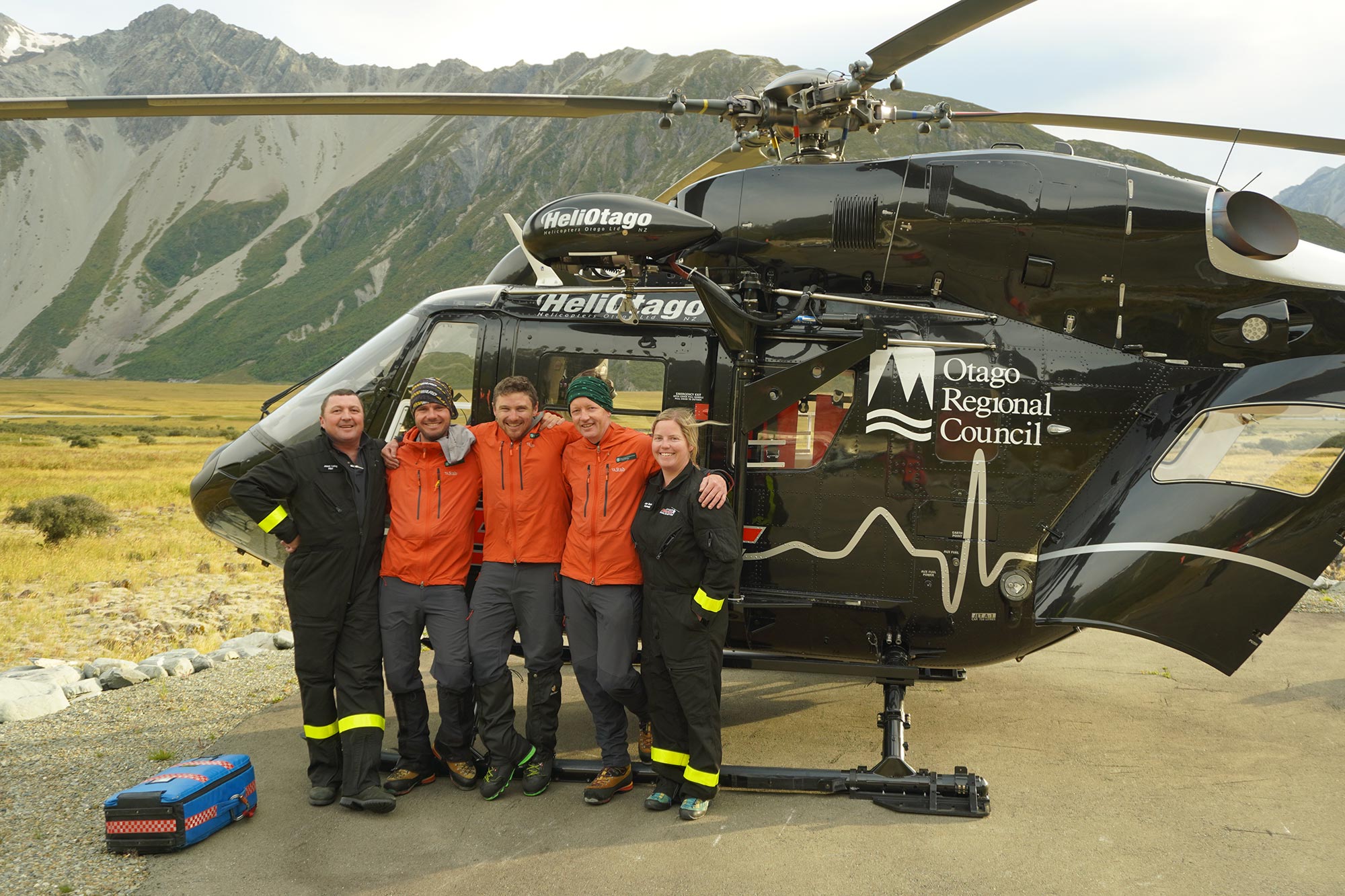 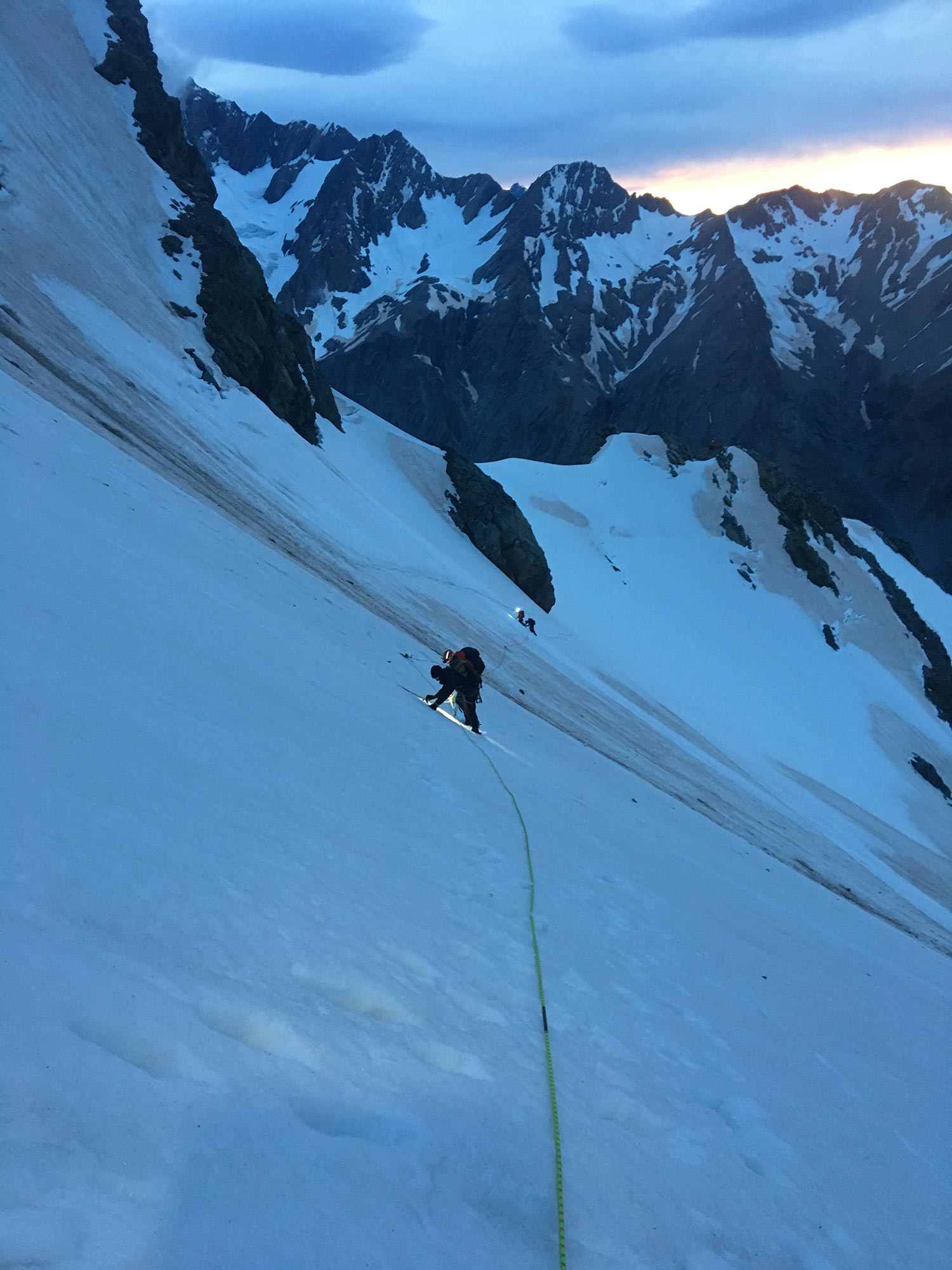