‘It could be the difference between life and death’

Wellingtonian Ian Reed will never forget the feeling of “complete and utter relief” at seeing a rescue helicopter approaching as he lay injured on a remote four-wheel drive track.

Reed activated his personal locator beacon (PLB), on February 8th in the Akatarawa Forest Park near Wellington after breaking several bones in his right leg.

When the accident happened, Reed, a keen dirt biker and motorcycle enthusiast with almost 30 years’ experience, was fully kitted out with all the right safety gear, including armour and a distress beacon.

Coming around a corner at less than 15km/hr, his bike skidded on rocks and his leg twisted out at a 45-degree angle as it caught on a rock behind him.
In immense pain and unable to get back on his bike, he made the call to activate his distress beacon.

“I knew that someone would know and would respond once I activated it,” he says.

Reed had also taken the important – and free - step of registering his beacon with RCCNZ, which allows rescuers to get hold of the owner’s emergency contacts if something goes wrong and provides vital information about the person they are looking for.

“There was no cellphone coverage where we were so my friend went up to the main track to see if he could get any coverage there. He couldn’t, but he ran into some rangers who came back with their ute. They had a radio and told us help was already on the way.”

Alerted by the beacon, the Rescue Coordination Centre NZ, who coordinate all of New Zealand’s search and rescue responses to a beacon activation, sent the Nelson-Marlborough Rescue Helicopter with a paramedic on board to assist as the local Wellington Westpac Rescue and Palmerston North rescue helicopters were both unavailable.

Reed says that hearing the helicopter approach was something he’ll never forget.

“It was a fantastic feeling of complete and utter relief and when you hear that chopper coming and think God, I hope it’s stopping for me. When I saw it through the trees I was like ‘thank God, here is my saviour’.”

A paramedic was winched down but the helicopter was unable to lift Reed from the scene, so he was strapped to the back of the ranger’s ute and driven about 5km to the nearest helipad.

Reed describes the trip on the back of the ute as “a journey and a half”.

“The four to five kilometres or so strapped across the back of the ute along the rocky Karapoti trails was the most painful experience of my life,”he says.

The bumpy journey was prolonged by frequent stops so that the paramedic could give Reed more pain medication. Photograph supplied
Reed being transported to the helipad.

“It seemed to last at least three days, but I was still in hospital before help would otherwise even have arrived, if I hadn’t had my PLB with me.”

He was airlifted to Wellington Hospital, where a titanium rod was inserted into his leg.

It will be six weeks before he can walk and about six months before he is fully healed.

Reed says it’s not common for riders to carry distress beacons, but reckons anyone considering riding in remote locations should always carry one.

“It might seem like quite an outlay, but then you think it could be the difference between life and death, so it’s not much compared to what you would spend on stuff like new tyres. They should be considered as essential as tyres.”

“I love riding in the back country and going places no one else gets to see, so having that reassurance that emergency services will be able to find you is really vital.”

Reed bought the beacon almost ten years ago and has taken it on every ride, but says this is the first time he’s had to use it. 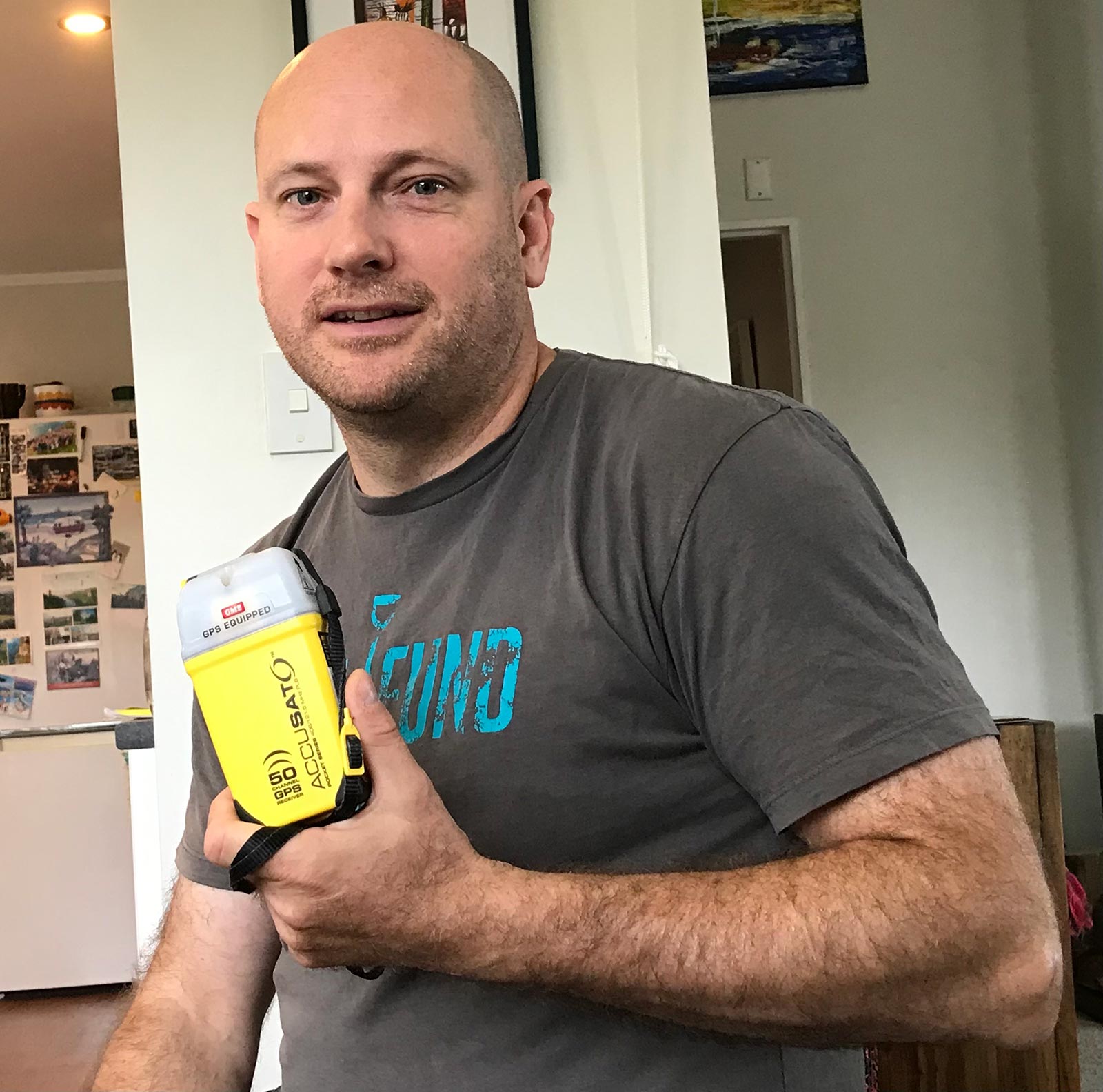 “You do activities like this and try to do them in the safest way possible and try to always take all the safety gear. You can be as prepared and as experienced as possible, but things can still go wrong.

“Having a distress beacon really reduces the time it takes for rescuers to reach you – and when you think about it, how much time and money does that save for everyone?

“I know I will never be without one!”

For now, the IT coach is focusing on resting up at home but can’t wait to get back on his bike.

“I’m itching to get back on the bike – it’s going to be a long road to recovery but I’m so grateful to everyone involved in my rescue – without their help it could’ve been a different story.”